Finding a Pennsylvania(PA) orthodontist that is right for you or your child can be challenging. To help aid you in your search for the perfect orthodontist, we have put together the top 10 things you must know before choosing your orthodontist. We invite you to read it over and see if Spark Orthodontics will be a good fit for you!
get free report 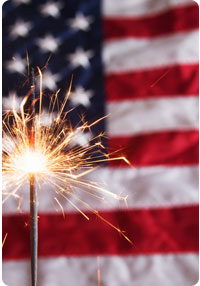 Summer is here in full force and half the year has already zoomed by. Our team at Bethlehem Orthodontics researched some fun facts about our country’s most celebrated holiday which hallmarks our independence as a nation.

Did you know the Fourth of July or Independence Day, has only been a federal holiday in the United States since 1941? However, the tradition of Independence Day celebrations goes back to the 18th century and the American Revolution (1775-83). July 4th has been celebrated as the birth of American independence, with celebrations ranging from fireworks, parades, and concerts to more casual family gatherings and barbecues.

As a safety precaution for you and your family, we are also providing fireworks safety tips at KidsHealth.com

We hope you enjoyed this 4th of July trivia. Share these fun 4th of July trivia ideas with your friends and family members to make your Independence Day celebration more meaningful. Happy Fourth of July from Bethlehem Orthodontics!

Get The Smile You've Always Dreamed Of!

Spark Orthodontics can help you or your loved one achieve a smile that benefits dental health as much as it increases confidence. However, we want you to feel confident that your choice in an orthodontist in PA, is the right one. Follow the steps below and get that smile you have always dreamed of.

Finding the orthodontist office in PA that is right for you can be a challenge. To help aid you in your search for the perfect orthodontist office for you, we have put together the top ten most important features to look for in an orthodontic office. We invite you to read it over and see if Spark Orthodontics will be a good fit for you! 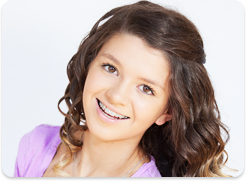 Spark Affordable
Payment Options
At Spark Orthodontics, we accept virtually all insurances. We also help with paperwork submissions and filing. Additionally, we offer many financing options with no money down and flexible terms. 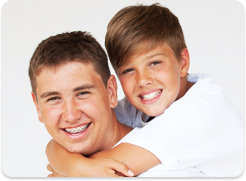 Accelerate Your Treatment By Up To 50% With Spark
Traditional orthodontic treatment can take up to two years to complete. At Spark Orthodontics, we offer a system that allows you to speed up treatment by up to 50%! Ask for more details during your no-obligation Spark Smile Assessment. 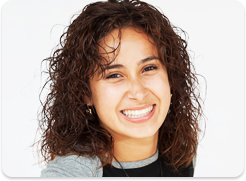 Spark smile
assessment
Finding an orthodontist in PA you like, trust, and ultimately feel comfortable with can be challenging. For this reason, we invite you to take advantage of our Spark Smile Assessment at no charge and no obligation! The assessment includes a comprehensive initial exam, digital x-rays, consultation and analysis, a $249 value - yours for free!

Proudly Supporting Our Pennsylvania Communities & Beyond ...

Will Your Child Need Braces?

As orthodontists, we get many questions from parents just like you, who are not sure if their child needs braces, if they should see an orthodontist, as well as many other questions. We invite you to download this free report to help answer these questions.
Download Now